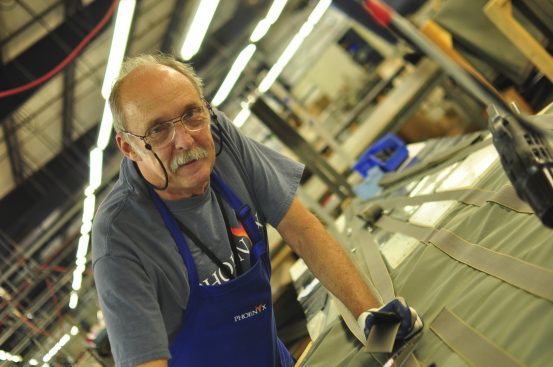 Howard Little says he was 14 when he first started getting into trouble. But alcohol is what really upended his life.

Around that time, Howard learned about Phoenix. The timing was perfect. Howard was struggling to rebuild his life.

Sometimes it takes more effort for a person to fix his life than it did for him to break it. But Howard never lost focus. He got clean, and was able to get his first job with Phoenix in 2011.

Four years later, Howard moved from the company’s manufacturing plant to the Sparkman Center on Redstone Arsenal where he works as a janitor. Ask Howard if his life is better, and he’ll tell you it is – and Phoenix is at least part of the reason why.

“I’m pretty happy about being here,” he said.