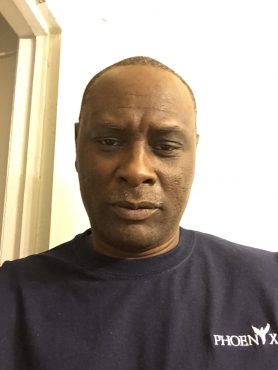 It’s not every day that a person earns a paycheck while doing good. But earlier this month Phoenix employee Andre Phillips did just that. Phillips is the assistant project manager for our Missile Defense Agency custodial and mail contracts at Ft. Belvoir and Dahlgren Naval base, both of which are in Virginia.

A severe snow storm hit Virginia a couple of weeks ago. It was so bad that a state of emergency was declared. Many federal workers couldn’t get to work. Some parts of the state had nearly a foot of snow on the ground. In Fairfax Co., where Ft. Belvoir is, as much as four-and- a-half inches snow fell.

And that’s where Andre comes in. He was part of the team who helped clear the ice and snow at Ft. Belvoir, making it safe for government workers to get to work.

Phoenix commends Andre for being a dedicated employee and helping our government customer achieve its goals. Andre definitely reflected the Phoenix slogan: rising above and going beyond!