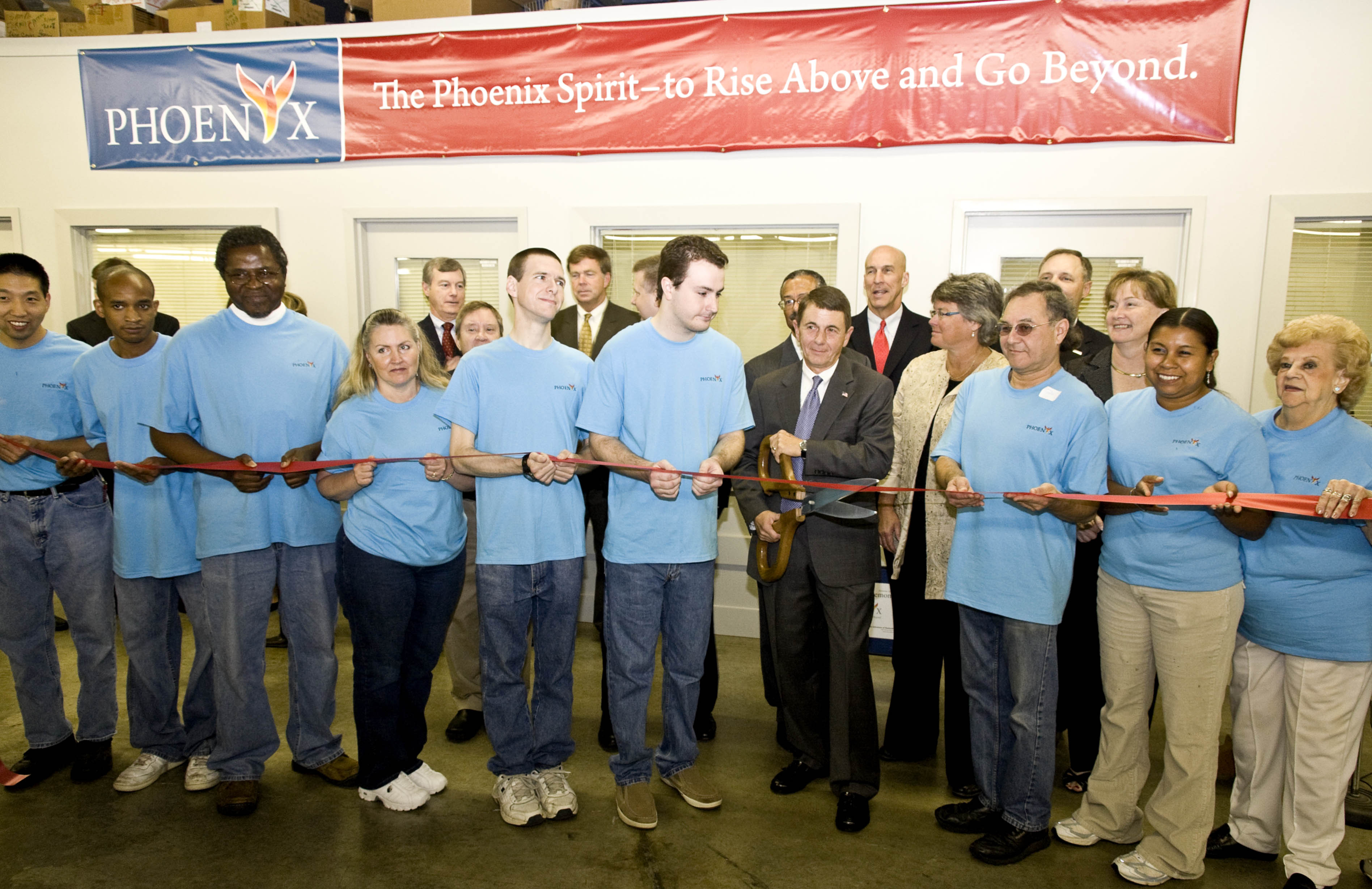 Phoenix’s origination dates to the early 1950’s, coinciding with the polio epidemic that struck the United States around that time. In 1953, several groups in Huntsville and Madison County, including the Huntsville Junior League and the Shriners, began providing rehabilitation services to children under the name of Alabama Society of Crippled Children, which later became well-known as the Alabama Easter Seals.

In the early 1970’s, Phoenix Vocational Services was created in order to provide specialized vocational rehabilitation and help adults with disabilities become better prepared for employment opportunities. In order to assist these individuals in work-readiness preparation, Phoenix sought contracts with local businesses to provide real job opportunities for those individuals in a training status.

In the 1980’s two centers operated by the company, Abilities Development Center and the Huntsville Rehabilitation Center, combined to form Phoenix Manufacturing. Then later incorporated vocational services and government services all under one name, Phoenix.  The organization also decided during the 1980’s to stop providing medical services to children under the auspices of the Alabama Easter Seals, since those services were then readily available through various other local agencies.

Phoenix has three divisions under the Phoenix brand: Manufacturing, Government Services and Vocational Services, all operating under one legal business entity, Huntsville Rehabilitation Foundation, Inc. Providing services and jobs to people with disabilities in twelve counties in Alabama and six states across the country, Phoenix provides services to over 1,200 people annually and employs nearly 750 people with annual wages and benefits totaling over $33 million.